Believe it or not, the bond market is a great predictor of the stock markets. It sounds odd but it is true and there are historical precedents for it. 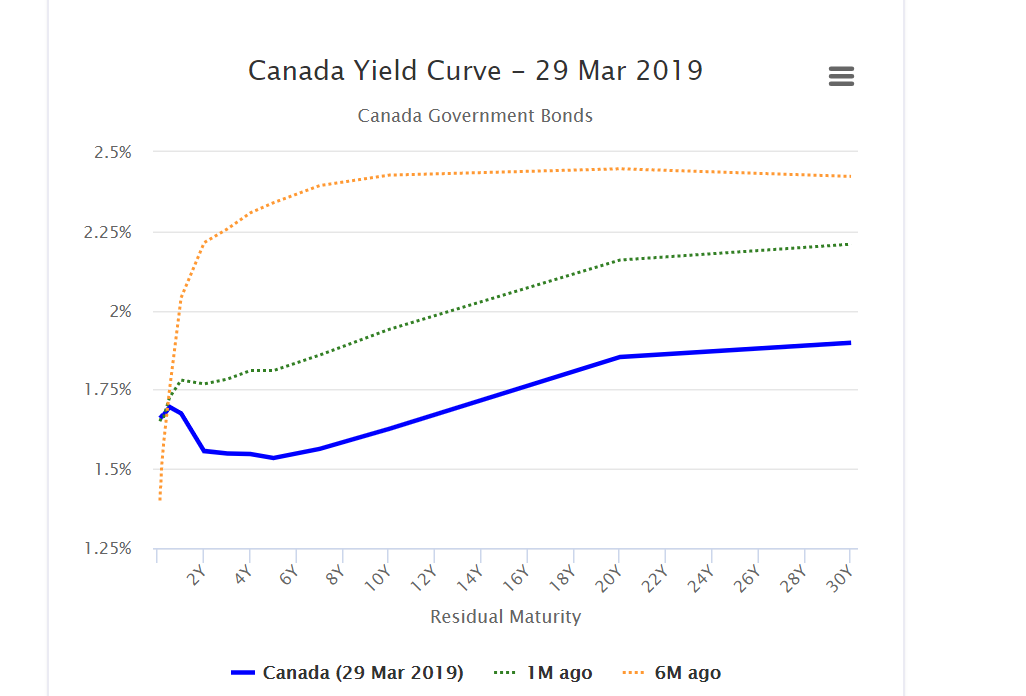 Normally, the longer the term of the bond (10,20,30 years) the more you would expect to get paid. If you graph yields versus term, you would expect a curve rising from left to right. If that pattern reverses itself, meaning the shorter term bond yields are close to or equal to the longer term bonds yields this represents a "flattening" of the yield curve. If the shorter term yields are higher than the longer term yields this represents an "inverted" yield curve.

The inverted curve is the important one. When the yield curve inverts, for ten or more days it is a leading indicator of the next recession. OUCH.

The good news is, when there is an inversion, the onset of the next recession is 12 to 18 months out. Not now.

What we saw last week that made the equity markets sell down on Friday was brief inversion of the curve. NOT the standard 10 year to 2 year but rather 10 year to 3 months. Wait what? This is in our view an anomaly and not necessarily a foreshadowing of the next recession.

The message to be taken here is that the impulsive sell off of last Friday is unfounded historically. Unless and until the following things happen, we are not necessarily in jeopardy, and certainly not in a rush to exit the equity markets entirely.

Unless and until the following things happen markets are not necessarily in jeopardy, and we are certainly not in a rush to further exit the equity markets. They are:

To sum up, our take is that until and unless we see a material change in the above, it is not yet time to make radical changes.

As always, if you have questions or would like more information/comfort on the subject. Please call, we are here.