Historically, October is indeed a spooky month but historically, for the stock market, not the worst. That award goes to September. Whew. We’re through that part.

Let’s talk about two of the key questions that are the elephants in the room:

What impact will the US - China trade negotiations have?

The next round of U.S.-China trade talks will be held soon after last week’s Chinese National Holiday. The world’s two largest economies have been locked in escalating trade tensions for more than a year now. Each has applied tariffs on hundreds of billions of dollars worth of imports from the other country.  The results of these negotiations will likely be the single largest driver of volatility and returns over the upcoming months both in the context of equities and fixed income.

We can’t predict the outcome of this next round of talks, but it may be useful to look at previous geopolitical event’s and the long-term impact to the US equity markets. 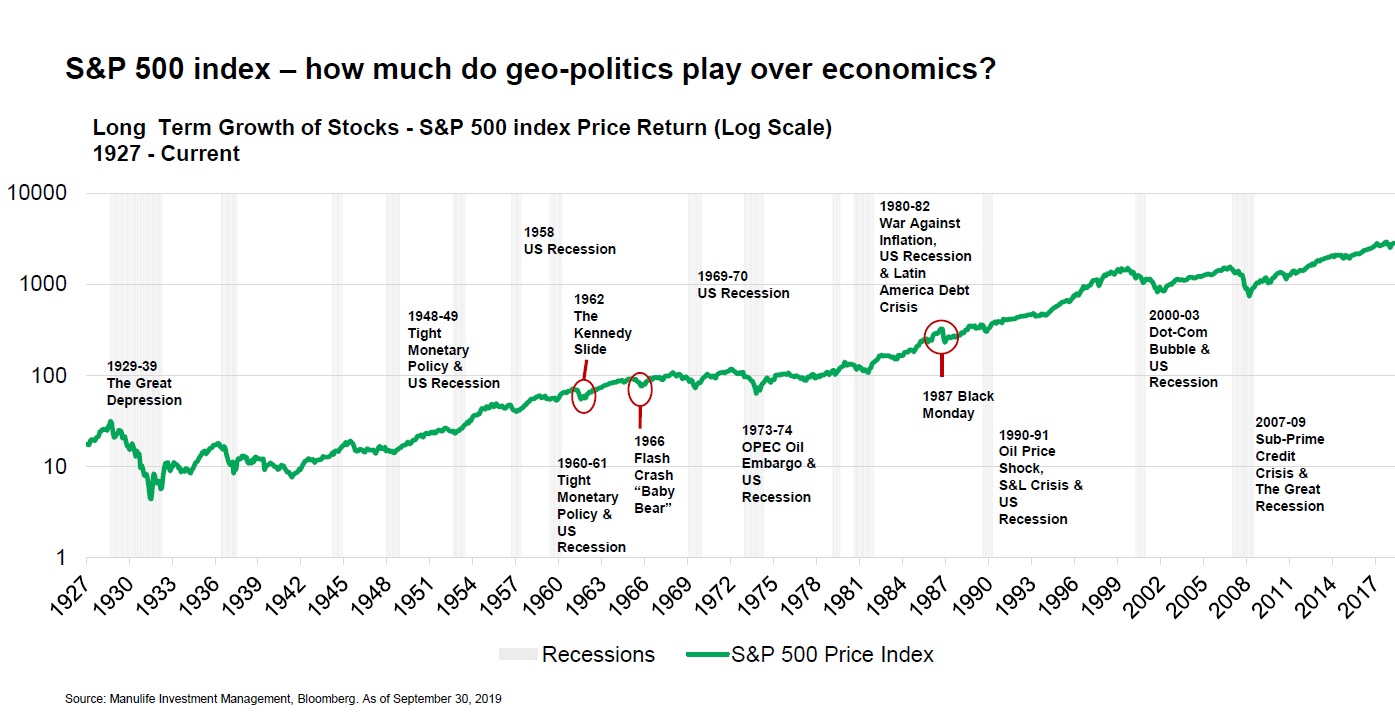 It appears that the shorter-term effect is some increased market volatility but the longer-term effect seems not to be all that material.

As mentioned above, the US and China have been locked in trade tensions for over a year but even during that period the S&P 500 has managed to add over 17% since January 1st. October will no doubt continue to be volatile but the longer term impact of this geopolitical event may not have a lasting negative impact to the equity markets.

Are we close to the next recession?

In short, we don’t think so. Manulife Investment Management has put together a short laundry list of indicators for a recession. See below. 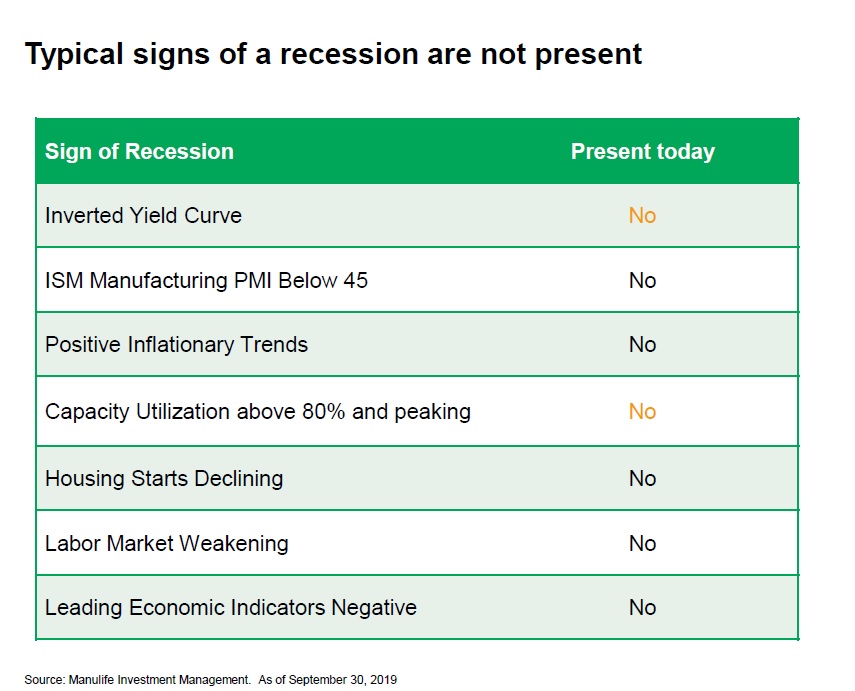 There are two that have recently turned from green to yellow. First, the yield curve as measured by the 10/2 year yield spread has been flattening. Second, while capacity utilization didn’t peak above 80, it did hit 79.6 and has since dropped. This indicates a decline in output.

Interest rates are still historically low, inflation is almost non-existent, and unemployment continues to be extremely low in both Canada and the US. Geopolitical risks aside, these fundamental indicators seem to be providing some good comfort in a volatile market.

As always if you have questions or comments, give us a call. Also, please feel free to forward to anyone you think might be interested.

Photo by Alex on Unsplash