Skittish investors who had been nervous about a policy mistake by the U.S. Federal Reserve now also seem concerned about the buildup of troops along the Russia-Ukraine border. Developments in the region will likely contribute to volatility going forward. Oil prices reflect this concern as oil (measured by WTI) has increased approximately 40% since the beginning of December on concerns of a disruption in Russian energy supplies.   As the first chart shows, geopolitical events often create short term volatility but rarely impacts longer term. In 2014 when Russia annexed Crimea, the S&P 500 Index fell by approximately 6% leading into the event. However, as the second chart illustrates, they quickly recovered.  Looking back at the past 22 material geopolitical events, the S&P 500 sold off approximately 5% on average, however, the average days to recover that drop was approximately 40 days.  Stocks typically take geopolitical events in stride. History would suggest the geopolitical risk premium built into commodities and the negative market sentiment over the past few months will likely be short term. 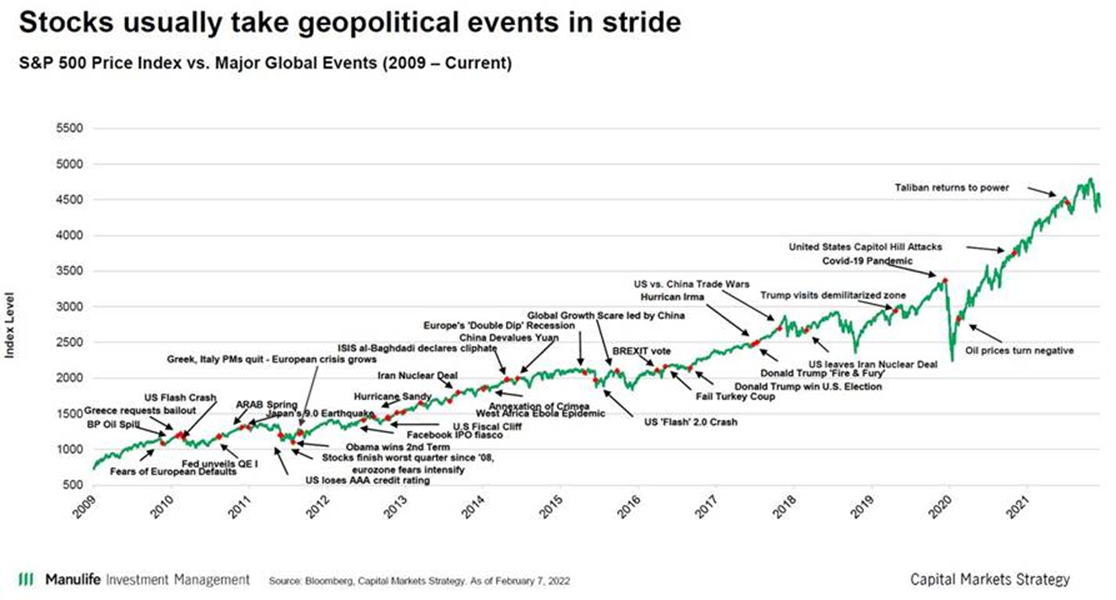 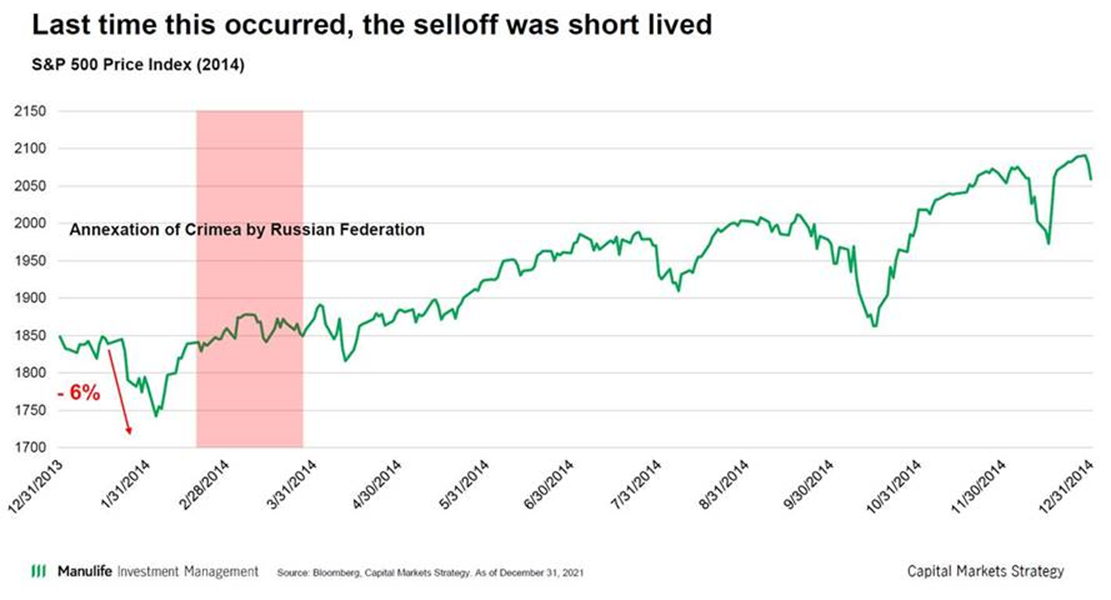